As a doula, maybe my attendance at a women’s march seems rather obvious. After all, women and families are pretty much what I do. But, in addition to being a doula who supports the choices of all women, all parents, and all families, I am also a mother. 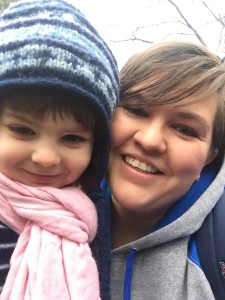 I did more than attend the march. I took my four year old son.

Well, the march certainly wasn’t dangerous. And I was reliably informed that the march was indeed boring, but it would have been better if I had been more organized and he’d had a sign to hold. The most important conversation though, was whether he would understand.

I know that we will have these conversations a hundred or a thousand, more times as he grows.

But as a woman, raising two little boys, who will occupy places of immense privilege in the course of their lives, I had to take him. I did not have a choice. Because children learn by doing, by experiencing, by seeing and feeling and touching.If I want my son to understand what equality looks like, sounds like, feels like, I need to show him.

When we stood, listened, and marched along with tens of thousands of other people, my son and I were a part of a moment in history. A moment when millions of people around the world came together and demanded better. Better for ourselves, for our children, for our sisters and mothers and daughters, better for our community.

As parents, we are faced with hundreds of small choices every single day. Some days, we are faced with choices that are big. They have the potential to impact the lives, perceptions, and beliefs of our children, for the rest of their lives. That is a weighty responsibility to have. For me, this weekend was one of those big moments, where I could show my son that we stand up, and more importantly stand with, those who do not have the privilege we have.

One march at a time, I am teaching my child that love is love, that kindness is important, that it is okay to be whomever he wants to be. And I am proud of that as a mother.